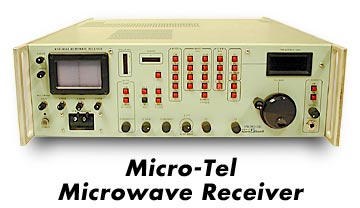 From Wikipedia, the free encyclopedia

The microwave auditory effect, also known as the microwave hearing effect or the Frey effect, consists of audible clicks (or, with modulation, whole words) induced by pulsed/modulated microwave frequencies. The clicks are generated directly inside the human head without the need of any receiving electronic device. The effect was first reported by persons working in the vicinity of radar transponders during World War II. These induced sounds are not audible to other people nearby. The microwave auditory effect was later discovered to be inducible with shorter-wavelength portions of the electromagnetic spectrum. During the Cold War era, the American neuroscientist Allan H. Frey studied this phenomenon and was the first to publish[1] information on the nature of the microwave auditory effect.

Research by NASA in the 1970s[citation needed] showed that this effect occurs as a result of thermal expansion of parts of the human ear around the cochlea, even at low power density. Later, signal modulation was found to produce sounds or words that appeared to originate intracranially. It was studied for its possible use in communications. Both the United States[2] and USSR studied its use in non-lethal weaponry.[citation needed]

Pulsed microwave radiation can be heard by some workers; the irradiated personnel perceive auditory sensations of clicking or buzzing. The cause is thought to be thermoelastic expansion of portions of auditory apparatus.[3] The auditory system response occurs at least from 200 MHz to at least 3 GHz. In the tests, repetition rate of 50 Hz was used, with pulse width between 10–70 microseconds. The perceived loudness was found to be linked to the peak power density instead of average power density. At 1.245 GHz, the peak power density for perception was below 80 mW/cm2. A widely accepted mechanism is the rapid (but minuscule, in the range of 10−5 °C) heating of the brain by each pulse, and the resulting pressure wave traveling through the skull to the cochlea.[4][2] However, competing theories explain the results of interferometric holography tests differently. [5]

The existence of non-lethal weaponry that exploits the microwave auditory effect appears to have been classified "Secret NOFORN" in the USA from (at the latest) 1998, until the declassification on 6 December 2006 of "Bioeffects of Selected Non-Lethal Weaponry" in response to a FOIA request. Application of the microwave hearing technology could facilitate a private message transmission. Quoting from the above source, "Microwave hearing may be useful to provide a disruptive condition to a person not aware of the technology. Not only might it be disruptive to the sense of hearing, it could be psychologically devastating if one suddenly heard "voices within one’s head".